Of mice, men and medieval fun

A small child stood transfixed as the ancient lines of “The Wanderer” rang through the Big Red Barn, the story of a man traveling “the exile’s path” who recalls “hardships and cruel wars and deaths of lords.” But while the child was unlikely to understand a word of the poem, read in the original 10th century Old English by a group of graduate students and Thomas D. Hill, professor of English and medieval studies, many of the students, faculty and families attending the annual Festival of Medieval Readings Dec. 4 followed the recitation just fine.

“The value of the festival is that it brings together members of the Medieval Studies Program in a festive and informal atmosphere, thus helping to strengthen the sense of community. We’re sharing poems and narratives from maybe a dozen languages, so we get to hear languages other than the ones we normally work in. It’s a great way to end the semester,” said David Powers, director of the Medieval Studies Program and professor of Near Eastern studies.

The warm wooden tables, walls and rafters of the Big Red Barn offered an atmosphere that fit right in with the readings, as did the helmets, horns and robes worn by some of the performers. The goal this year was to make the festival, an ongoing tradition, more festive, said organizer John Wyatt Greenlee, a graduate student in the field of medieval studies, so performers – and attendees – were encouraged to dress up.

“These are poems and stories meant to be recited in a beorsele [Old English for “beer hall”], so it’s convenient that we have one for graduate students,” added organizer Anna Waymack, a graduate student in medieval studies. “It’s also more child friendly so families can come.”

One purpose of the festival is to give the audience a chance to experience literature as it would have been experienced at the time, through listening. “Some of these readings predate the time of people being able to read silently – if you could read silently, you had super powers,” said Waymack.

Though an excerpt from “Beowulf” and other tragic tales were performed, some of the readings reflected a lighter, humorous style. Graduate students Tyler Wolford, Danielle Reid, Emily Shanahan and Samuel Barber dressed up to perform the satirical “The Battle of Cats and Mice,” a 12th-century Greek poem.

Continuing in the rodent theme, Greenlee turned a 12th-century Latin text, “Regarding the Man Who Was Torn Asunder by Mice,” from the “Gesta Regum Anglorum” (“Deeds of the Kings of the English”) into a children’s picture book. Along with sound effects and gestures, he added humorous asides that were met with roars of laughter by the appreciative audience.

Medieval studies at Cornell is a broadly interdisciplinary field, as demonstrated by the performances. For example, Wayles Browne, professor of linguistics, performed an Old Croatian Christmas carol from 1380 and Powers read a 10th-century Arabic account of Ahmad Ibn Fadlan’s journey to Russia.

“We tend to focus on Europe when we think of medieval studies, but this is a time period that’s global in scope,” said Greenlee.

Added Browne, “Most of us work in ‘dead’ languages, so this is a chance to show that things don’t have to be totally dead.”

This story also appeared in the Cornell Chronicle. 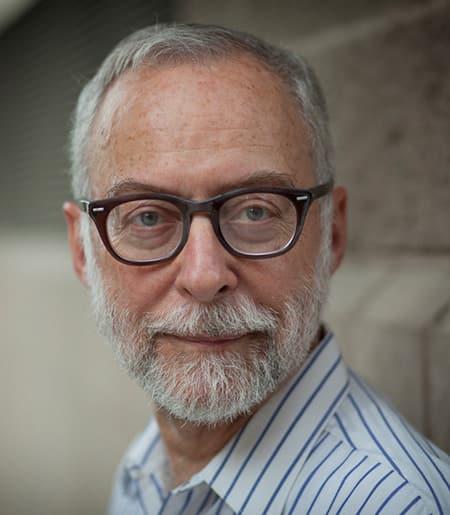