Enhancing our understanding of the knowledge of language

Our department’s focus spans most of the major theoretical subfields of linguistics, including phonetics, phonology, morphology, syntax, semantics, computational linguistics, historical linguistics and language documentation. Our central research goal is the enhancement of our understanding of the cognitive mechanisms for acquiring and storing the knowledge of language.

Explore the World of Language

Studying linguistics is not a matter of studying many languages. Linguistics is a theoretical discipline with ties to such areas as cognitive psychology, philosophy, logic, computer science and anthropology. Nonetheless, knowing particular languages (e.g., Spanish or Japanese) in some depth can enhance understanding of the general properties of human language. Not surprisingly, many students of linguistics owe their initial interest to a period of exposure to a foreign language, and those who come to linguistics by some other route find their knowledge about languages enriched and are often stimulated to embark on further foreign language study.

In addition to our traditional strength in theoretical linguistics, the department has built strength in experimental and computational methodologies with ongoing projects including studies of production of speech using articulometry and real-time MRI techniques, studies of syntactic processing using functional MRI and statistical modeling of brain activity and web harvesting of spoken language data. Another important research direction is linguistic data collection in the field, with a special focus on languages at the verge of extinction.

There are several labs and research groups that facilitate the research activities of both students and faculty. Experimental studies that scrutinize theoretical questions of current relevance underlie much student and faculty research. Fieldwork is another important component of our research profile, and several faculty work on endangered languages.

Storyteller and comedian Cassie Simmons will perform narrations centered around her growing up as an African-American, Deaf woman in Detroit in a Nov. 28 American Sign Language Literature Series event in Klarman Hall.

Opinion piece by Halle Swasing in the Cornell Daily Sun: ASL at Cornell: It’s More Than a Language. 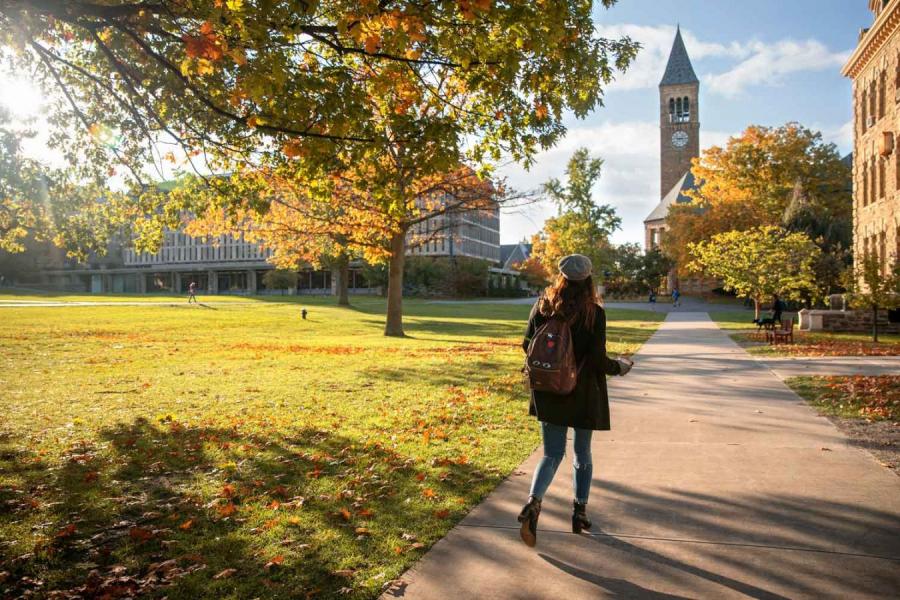 Six American Sign Language (ASL) poets and storytellers will visit Cornell between Oct. 12 and Nov. 28, in conjunction with this semester’s ASL Literature course.

Klarman Fellows pursue research in any discipline in the College, including natural sciences, social sciences, humanities and the creative arts as well as cross-disciplinary fields. The application deadline is October 14.

At the end of 2021, Words Matter: Meaning and Power (Cambridge, 2020) by Sally McConnell-Ginet, Professor Emerita of Linguistics, was selected by Choice Reviews as one of the best academic books of 2021. In late July 2022, the Choice website highlighted five of its “Outstanding Academic Titles” on ...