The summer began with a group of Cornellians heading to Thailand for the Chulalongkorn International Student Symposium on Southeast Asian Linguistics.  Presenters included:

In addition, to presenting their own works, Cornellians participated the Chulalongkorn Summer School of Southeast Asian Linguistics.  The school included classes from an impressive list of faculty including our very own Professor John Whitman, Department Chair; Pittayawat Pittayaporn Ph.D. ’09 and current Head of the Department of Linguistics at Chulalongkorn University; and Marc Brunelle Ph.D. ’05 and Associate Professor at the University of Ottawa and Director of the Sounds Patterns Laboratory.

Across the pond in the Netherlands, the 7th International Conference on Speech Motor Control featured Professor Sam Tilsen as an invited speaker.  Presentations from Cornell linguists included:

Finally, Sarah D’Antonio presented a poster at the Germanic Society for Forensic Linguistics Roundtable 2017 in Denmark.  The poster was titled "How reasonable is 'reasonable'? A corpus study on US state jury instructions." 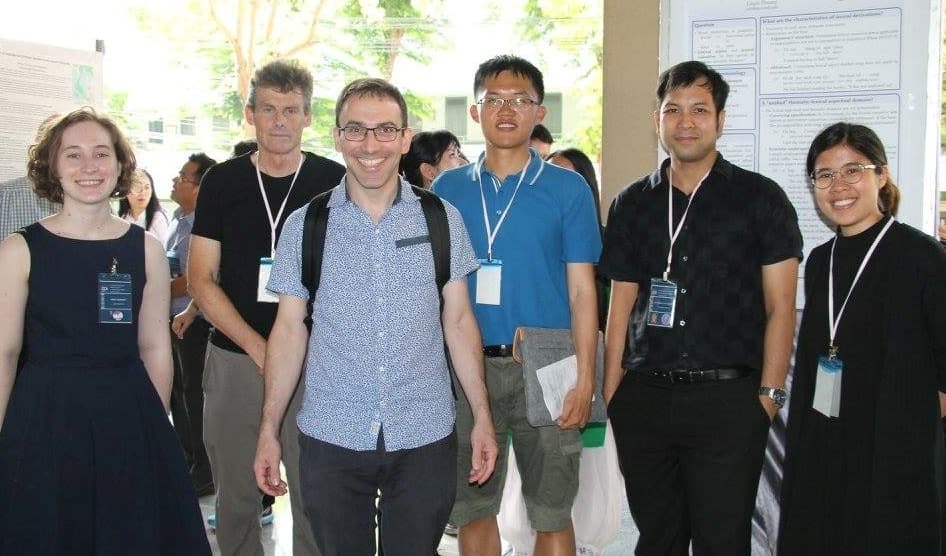