The semantics of understudied indigenous languages is a small, but growing field. Still, however, little work has been done on the semantic and syntactic patterns of so-called exclusive operators (words and morphemes behaving like “just” and “only”) in these languages.

Mia Wiegand and Carol-Rose Little, both doctoral candidates in linguistics, are currently collaborating on a project to remedy this gap in the literature while at the same time describing previously-unreported semantic patterns in Ch’ol, a Mayan language of Chiapas, Mexico. After discussing each others’ ongoing projects (Mia’s work on morphological decomposition of exclusives and Carol-Rose’s semantic fieldwork on definiteness in Ch’ol), they found exciting overlaps in their research. This turned into the collaborative project they are working on today. Over the summer, Mia and Carol-Rose were in constant contact while Carol-Rose was at her field sites in the Ch’ol-speaking communities of Campanario and San Miguel. They found that the novel empirical generalizations in Ch’ol support the idea that exclusivity can be decomposed into a core semantic entry (jach ‘just’) and a focus sensitive morpheme (jiñ). When combined, jiñ=jach is similar to “only” in English. However, unlike English “only”, jiñ=jach can only be used to modify definite noun phrases.

They compiled these findings in an abstract for the annual LSA meeting for 2018. This abstract was awarded third prize in the LSA Student Abstract Awards and was also rated the third highest among all abstracts submitted to the LSA. They will present their findings in Salt Lake City this January at the annual meeting. After the conference, the two will travel together to Chiapas, Mexico where they will continue fieldwork on exclusivity with Ch’ol speakers. 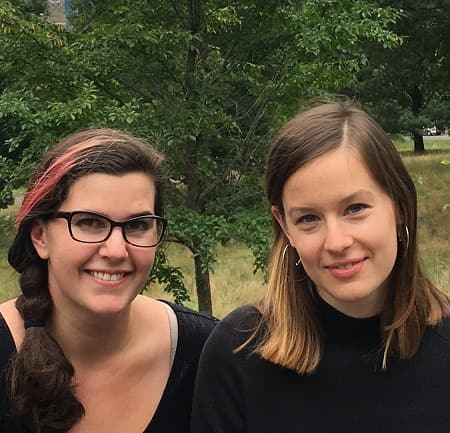